News and Festival in Umbria 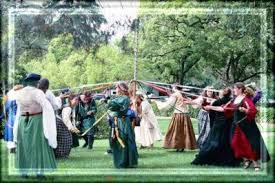 Each “rione” has its own tavern, which opens to the public every evening during the period of the Quintana, serving typical dishes from the 1800s.

On the 15th of June there is a fantastic procession where the locals dress in costumes from the 1800s followed by the big race……. The 10 districts (rioni) of the town race against the clock on a figure of 8 circuit for the “giostra della quintana”. The horsemen and their steed have to hook 3 rings, hanging on a statue in the middle of the figure of 8, onto their lance as quickly as possible, the fastest rider wins. Other competitions taking place during the Quintana are for the Drummers and the Archers. Not to be missed!

artistic shows and music from the Baroque period.

5/6 October 21.00: Historical procession with locals from the 3 districts dressed in costumes from the 1200s accompanied by medieval music followed by the main event, an evening race against the clock between the 3 Terzieri. 20 young men have to drag/push an antique cart from the town gate to the main square. The race is recorded with cameras along route so the crowd in the tribunes can follow every step on large tv screens. The fastest team to reach the square and ring the town clock bell wins.

12/13 OTTOBRE: GUSTA TREVI: traditional local dishes are prepared and sold in the main square to dine “all’aperto”. In the evening there is a competition between the Terziere Drummers and the following day between the Archers.

19/20 OTTOBRE: TREVI SAGRA DEL SEDANO NERO DI TREVI E DELLA SALSICCIA, protected by Slow Food of Trevi, Sedano Nero (Black Celery) is on sale in the main square from a variety of different farmers. You can taste it at the main stand, raw with some oil, pepper and salt! Sausages and chestnuts are cooked on the grills to welcome the arrival of Autumn and the coldest period of the year where the Trevani typically closed themselves in their houses, abandoning the countryside, to prepare for the Winter.

26/27 OTTOBRE: TREVI RAPPRESENTAZIONI DELLE SCENE DI VITA MEDIOEVALE, a striking historical reconstruction of medieval life where you follow a route through the torch lit streets of the town, to see craftsmen at work, street theatre performances and listen to traditional songs of the time. The great grill is lit in the main square where you can buy grilled sausages, chestnuts and taste the Vino Novello!

31 October to 3 November, TREVI – FESTIVOL: Festa of the freshly pressed olive oil of Trevi, now considered one of the best DOP Olive Oils in Italy!

17. 31 October to 3 November, MONTONE – FESTA DEL BOSCO: all of the shops in the town are decorated as small specialist mountain workshops where you can taste the local Autumn produce and buy local handcrafted products.

18. 31 October to 3 November, ASSISI – UNTO: Olive oil festival where you can taste some of the finest Umbrian oils available.